Since the closing ceremony for London 2012 I’ve been sitting on the floor hugging my knees, whimpering, “Olympics, come back…” But that hasn’t happened, so I must move on. Soon. But not before posting a few more photos from my day at the Olympic Park.

Here I am with my son Nate outside the stadium. 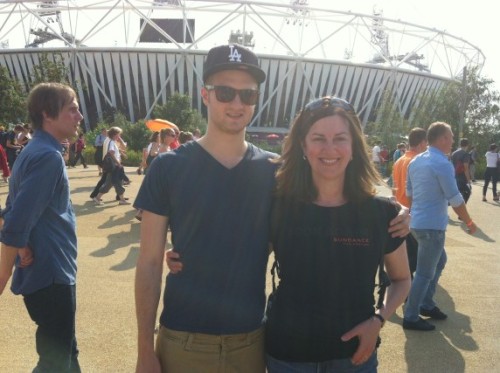 Here’s The Orbit, designed by Anish Kapoor. Tickets were sold out and there was a line for the trip to the top, even though this is not actually a roller coaster. 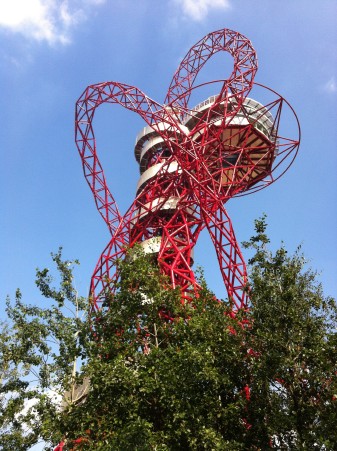 And here’s what many sports fans considered the best thing at the Olympic Park: 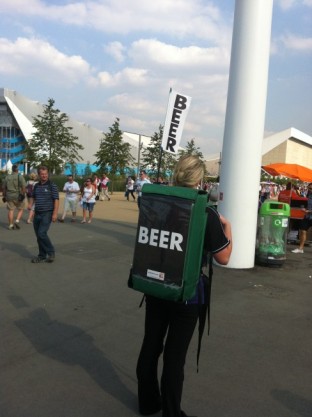 But because I don’t drink beer, I had my own favorite: the little remote controlled MINI Coopers that retrieved javelins, hammers, and shot puts on the field. Mini-MINIs decked out with Union Jacks. How very London.

Now back to my previously scheduled nostalgia. Olympics, come back…