For The Strand Magazine, I wrote about Ten Great Crime Stories Set During the Holidays. Have a read, and see why It’s a Wonderful Life is noir to the core and How the Grinch Stole Christmas is a classic heist story.

Yes, Die Hard is on the list. OF COURSE.

The year is winding down. How about a list of some of my favorites from 2014?

Books — these are my favorite books from outside my own genre:

How about everybody else?

What’s everybody watching this summer?

The world continues to be its messed up self. How’s everybody taking a break from the news? Aside from reading, I mean. Reading is assumed.

Here’s what I’ve been watching this summer.

Game of Thrones
House of Cards
The Strain

You may notice a thick thread of SF/F escapism, overlaid with Machiavellian politics. That’s my summer* fun. What’s yours?

*If you live in the southern hemisphere, please tell us how you’re staying toasty warm in these winter days.

Me, talking. About movies, books, and who I’d trade places with for 24 hours

I’ve been shooting my mouth off. 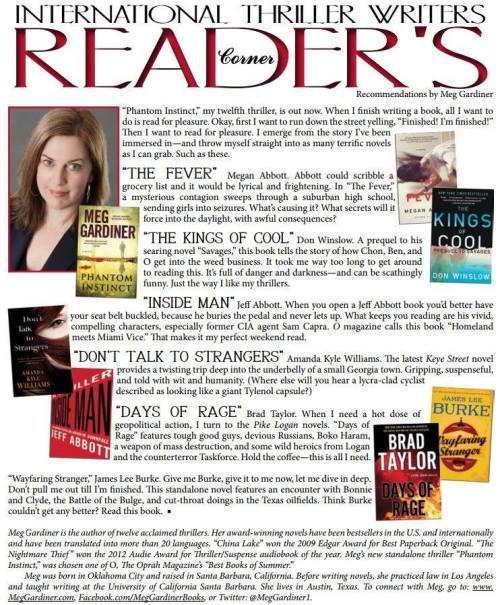 The Fever, Megan Abbott. Abbott could scribble a grocery list and it would be lyrical and frightening. In The Fever, a mysterious contagion sweeps through a suburban high school, sending girls into seizures. What’s causing it? What secrets will it force into the daylight, with awful consequences?

I have more recommendations at the link. 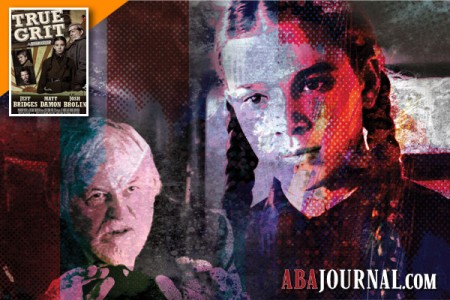 Second, for its annual Pop Culture Issue, the American Bar Association Journal asked some law types to talk about movies: 12 Pivotal Movie Scenes with Lessons for Lawyers. Here’s how my contribution opens:

Hailee Steinfeld stars as Mattie Ross, a 14-year-old Arkansas farm girl who sets out to “avenge her father’s blood” after he’s murdered. To track and capture the killer, Mattie needs to hire U.S. Marshal Rooster Cogburn (Jeff Bridges). But all her cash has gone to pay the undertaker. Unless she can raise money, the murderer will escape. So Mattie goes to an auctioneer who did business with her father shortly before his death, and she conducts a negotiation that reduces the man to pudding.

Finally, at Jen’s Book Thoughts, I answer five questions for her Five on Friday feature.

1. The most bizarre question I was ever asked in an interview was: At a bookstore event, an audience member approached me. “I want to write a bestseller,” he said. “But I hear that to be an author, you need to be mentally unstable. Are you?” While I was gaping at that, my husband walked up. The man turned to him and asked, “Is your wife crazy?” I think I said something like, “Only on the full moon.” The man didn’t buy any books.

Read the rest if you want to know my favorite movies, whose life I’d like to live for 24 hours, the most beautiful place I’ve visited, and what’s on my bucket list.

Rules of Magic: the Chart

For all fantasy fans.

The Rules of Magic, According to the Greatest Fantasy Sagas of All Time.

This week’s going to be head-down time, as I dig into my novel in progress. So help me out. What are you reading, watching, listening to?

In the meantime… seen any good movies lately?

Contest 2010 winners will be announced imminently. Meanwhile, I’m revising The Nightmare Thief and laying traps for the phone company engineer O2 has — supposedly — dispatched to repair our DSL line and end the Broadband Death-match. If this guy actually shows, he isn’t getting out of here until the problem is solved. I need me my broadband. Bad. Oh, and I have a contract that requires O2 to provide it.

In the meantime, what’s the best movie everybody’s seen lately? I saw The Town last week and thought it was terrific — suspenseful, compelling, gritty, and believable. Still, the best film I’ve seen this year is Inception.