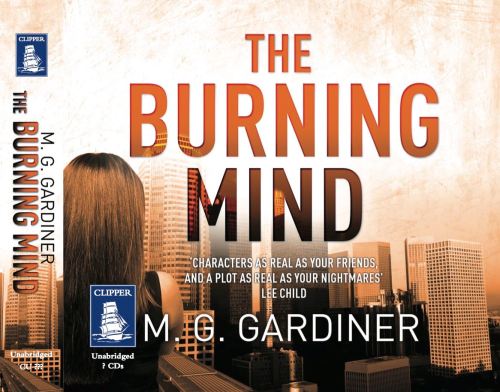 I love seeing how various publishers design the covers for my novels. This is the UK audiobook edition of The Burning Mind (aka Phantom Instinct). It makes me wonder what Harper Flynn is pondering as she stares out over downtown Los Angeles. And how she gets her hair so straight and glossy.

This edition of the audiobook is narrated by the wonderful Laurence Bouvard. And it’s available now as either an audio download or an audio CD.

The Burning Mind: ideas and inspiration

If you want to know where I got some of the inspiration for The Burning Mind (aka Phantom Instinct), check out these interviews. 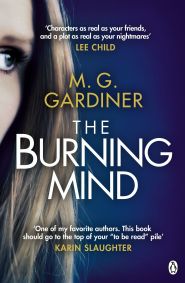 “The Burning Mind is about perception. A catastrophic shootout leaves two damaged survivors who must work together to stop a killer. Hunting him down, and coming out alive, depends on accurate perception—by the survivors, the cops, and the people the killer has in his sights. Because almost nobody believes he exists.

And things may literally not be what they seem.”

And over on Crimesquad.com, I talk about When Our Eyes Deceive Us.

Years ago, I stepped into a lift and came face to face with an old boyfriend. The door closed and an awkward moment worsened—he ignored me.

The rest of the interview is at the link.

The Burning Mind: out today in Britain 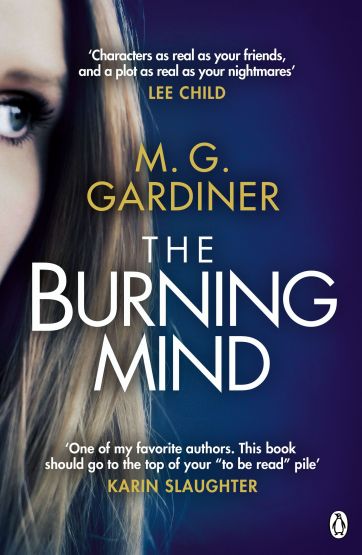 The Burning Mind: reviews in Closer magazine and Crimetime 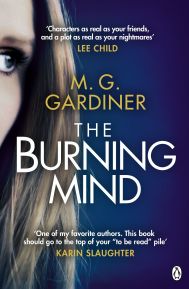 The Burning Mind (aka Phantom Instinct) will be published in the UK on Thursday. The first reviews from British publications have arrived, and I’m happy that they have nice things to say about the novel.

Closer magazine has chosen the book as one of its Hot Picks. It calls the book a “gripping psychological thriller” and says, “This suspense-filled book is a must-read.”

“In a previous incarnation (as Meg Gardiner), M.G. Gardiner was an author who had the absolute measure of the contemporary crime novel, in which plotting of tensile strength was matched to characterisation rich in nuance… if anything is new, it is, surprisingly, an even more assured sense of authority (recognised in a jacket encomium by Stephen King, who compares Gardiner to Lee Child and Michael Connelly)… As in the earlier The Shadow Tracer, there is a storytelling ethos at work here which fully justifies the oldest cliché in the reviewer’s lexicon: this one is unputdownable.” 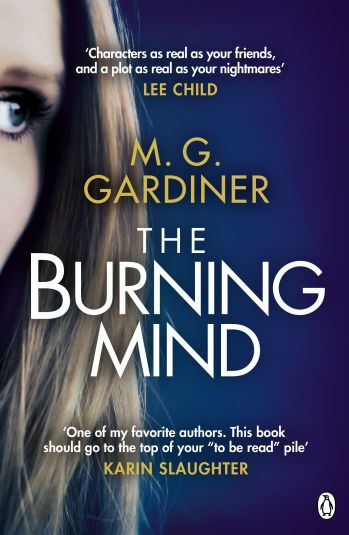 Here’s something shiny and new: the cover for the upcoming British edition of Phantom Instinct. And yes, the novel has a different title for the UK. Just as translations usually have different titles (in Germany The Dirty Secrets Club is called Die Biechte — “The Confession”), different countries sometimes give a book a new title that the publisher thinks will connect the best with local readers.

As for M.G. Gardiner — British readers also love authors with initials. It’s me.

And the novel is exactly the same. From the opening shootout where Harper Flynn and Aiden Garrison fight flames and gunmen, down to the American spelling.

It will be published in the UK on 20 November.

You know, just in time for the holidays. Because what’s a better way to spend a chilly dark December in Britain, than reading a rip-roaring thriller?